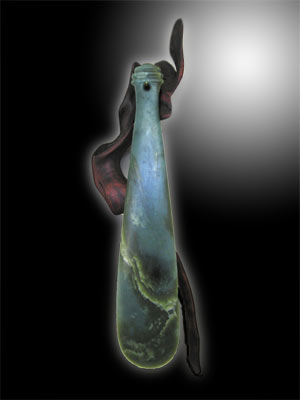 The Jade Mere was the most prized and respected weapon by all Maori.

It was believed to have its own personality, as it was handed down from generation to generation, accumulating the experience of its forefathers.

The Mere was regarded as a treasure for it spoke of family history and was made from the sacred pounamu (nephrite jade).

Archaeologically, it is uncommon to find identical meres as each was crafted by hand and intended to be used as a weapon.

This was the most powerful gift of the Maori.